...was needed - but I guess a few tree stumps and bit of woodchip and its very nearly Wykeham!  At least that's what the male nightjar present from the 23rd to the 25th thought. 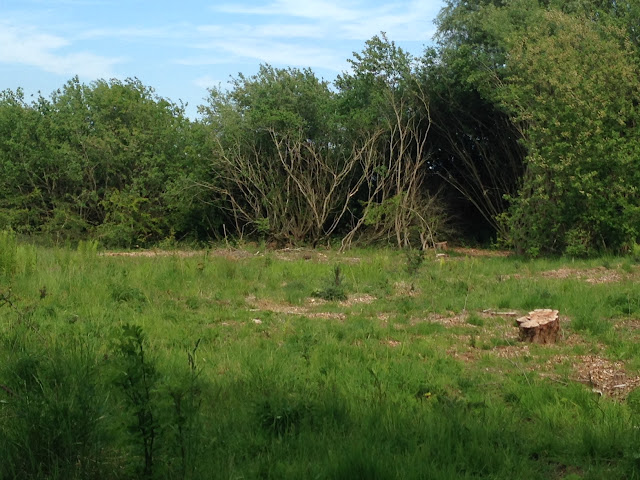 Found by Doug and Martin; photo by here:

Alas self respecting lady nightjars were not so enthused by the miniature forestry and he left to more likely habitat; a great seasonal record however and the first for a great many years.  This perhaps represents the peak of summer migration.  A final few stragglers consisted of a black tailed godwit on Watton and temminck's stint and 3 dunlin on South Marsh East on the 22nd and spring was signed and sealed.   Lapwing present in small numbers: 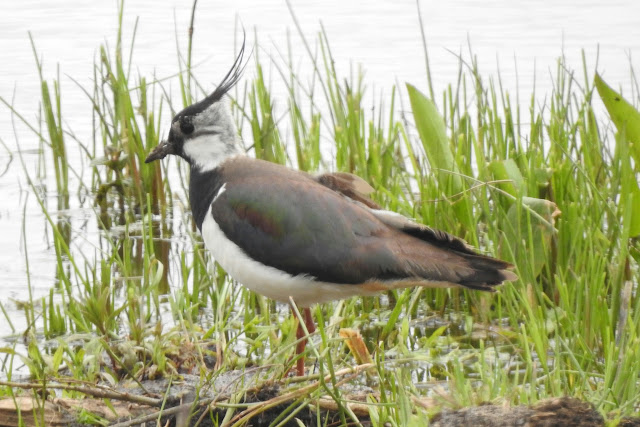 Black tailed godwit flying south on the 30th is difficult to place at this time and could well have been returning and alas the following weekend on the 31st winter's icey grip descended - albeit in the pleasant form of a female red necked phalarope returning south after leaving the male tending the nest up in the north.  Photo by Lee Johnson: 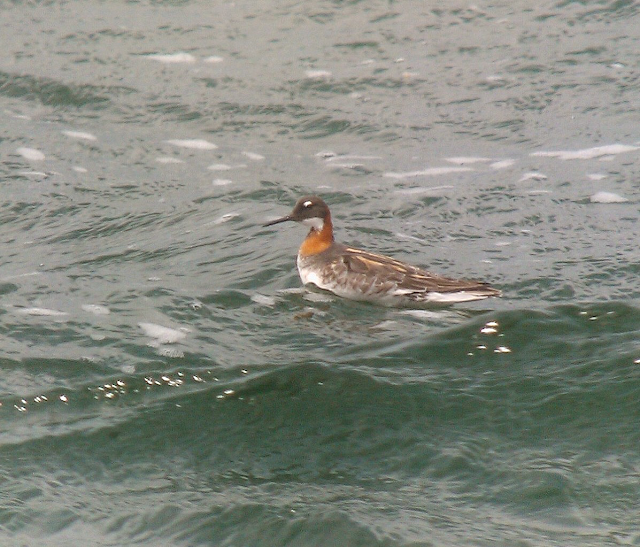 Perhaps we should not be so despondent as summer seems to be late this year; generally we tell folk the best time to see bee orchids is the 1st week in June and there is not one to date.  Likewise the earlier flowering marsh and common spotted orchids have yet to attain their peak.  Some colossal counts of swifts in the recent inclement weather- Brian Colley: 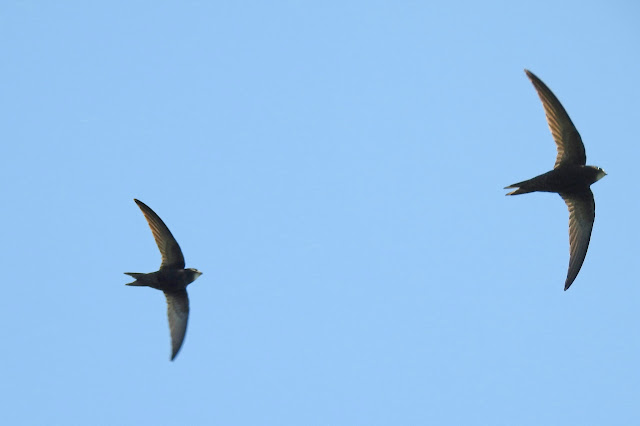 Dragonflies have staggered into action between the cold winds with the first recorded emergence of broad bodied chaser on site today.  Whilst present since 2000 they had yet to be physically seen hauling themselves out.  Hairy dragonfly - Roy Lyon: 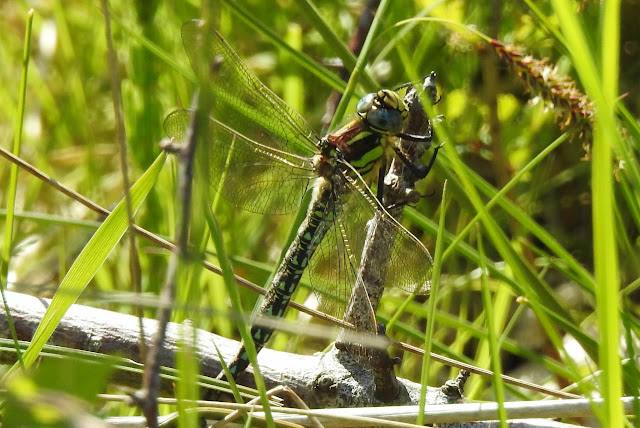 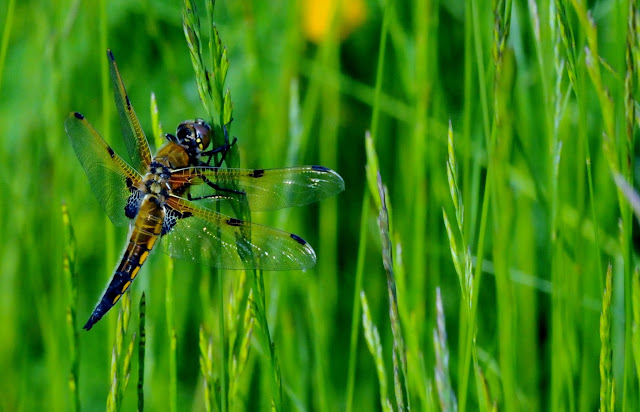 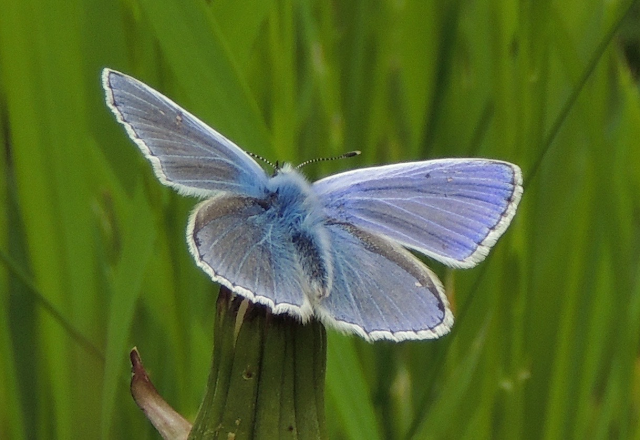 Perhaps the boldest and brashest of the insect eruption was this small elephant hawkmoth; the first ever trapped in the reserve's history by Martin on Friday - all the write up on his blog: 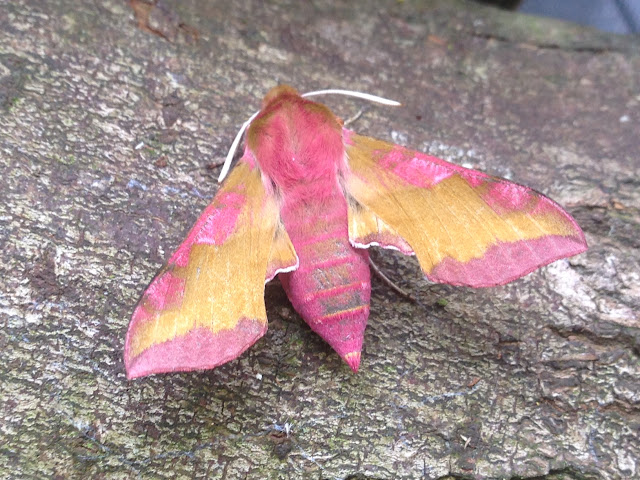 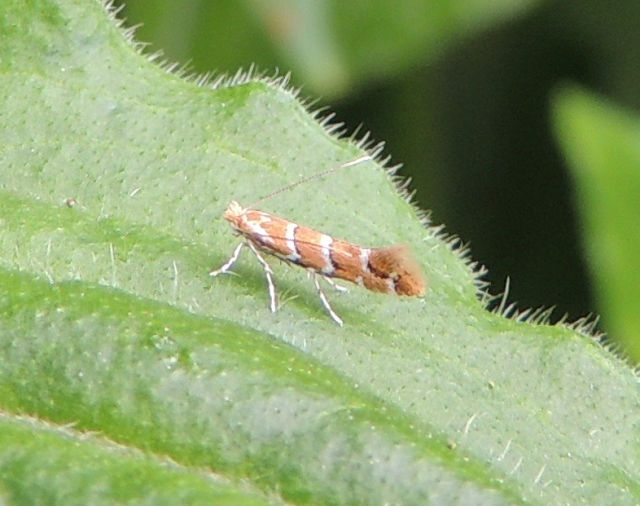 Diggers, dumpers and chainsaws now seem a distant memory.  As usual spring growth has masked all signs of works in winter and thoughts have gone from the challenge of finishing for breeding season to enjoying the fruits of our labours.  These include the highest ever tally of common terns on the reserve - 8 pairs on the South Marsh East.  Those nesting next to the lesser black backed gulls will be interesting to watch - will they be safer under the shadow of the gulls than in their hunting sight?  More write up on Erich's blog here.

Our black headed gull boast was perhaps unfounded.  Unfortunately they remained faithful to Tophill Low Nature Reserve and within days of the marsh being refilled had skyrocketed to also record numbers despite a stalled start.  In and amongst was this sub-adult Mediterranean gull - Erich: 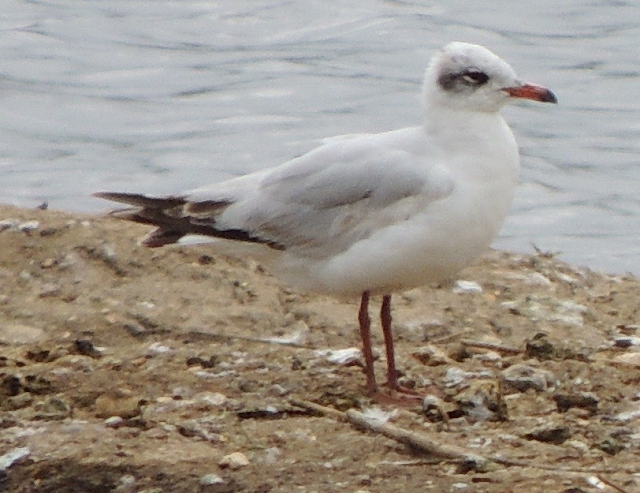 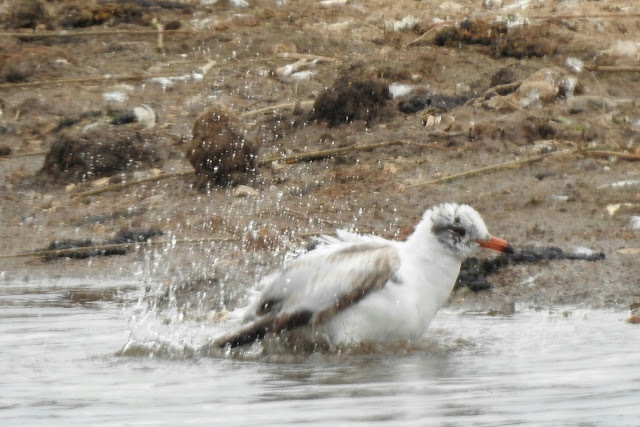 Shelduck have hatched young with broods of gadwall also seen.  Eagerly anticipated have been the kingfishers ready for photography season on North Marsh.  We can confirm two youngsters were being fed on the South Lagoon on Friday - so book your seats in North Marsh early.  Tomorrow's task is to renew the perching sticks (of course in as photogenic manner as possible).

However far outstripping kingfishers were hobbys on Thursday with Steve Brimble capturing some stunning images of the birds and otters too have been erratically present too.  Along with grass snakes swimming across marshes - these too have now hatched from hay heaps around the reserve with 6" tiddlers seen around at present.  Reed warbler also there: 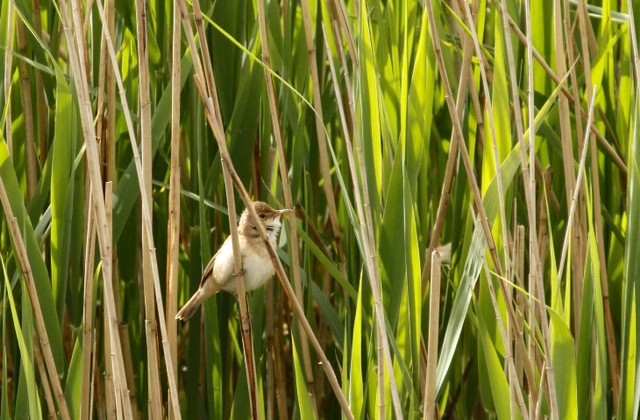 It's the season for cute bundles of fluff and star of the moment are tawny owls in the reserve car park having fledged from a box in the residential area.  At least two chicks have been readily visible recently - but please me mindful of traffic and private properties when viewing.  Elsewhere the great spotted woodpecker nest 50 yds West of the O reservoir substation are also worth viewing in their two storey nest.  Bats too are busy with 190 soprano pipistrelles recorded in the old centre bat boxes last week. 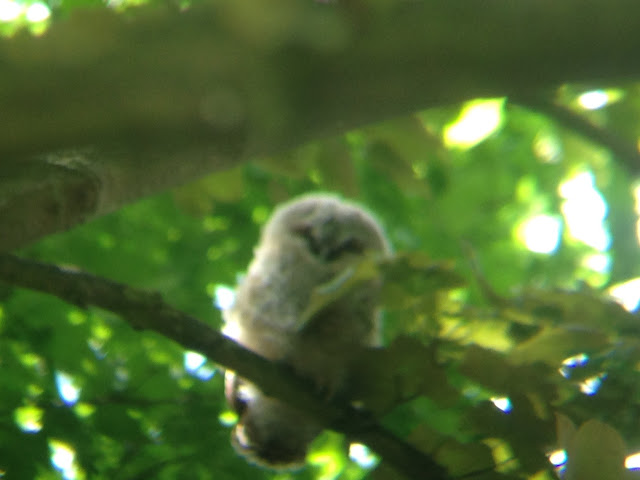 We regularly get asked about marsh harrier and whether they are nesting again this year.  At the moment we are confident they are in the area but perhaps not in the reserve as such.  The male was constructing what we presume to be a feeding platform on South Marsh West at the original nest site last week - so we await developments.

Osprey continues to mill about as a non-breeder - causing havoc over the southern marshes yesterday, and likewise the lonesome red kite threatened to scavenge some of our volunteers on Thursday over South Scrub.  Sparrowhawks conversely are again prolific with another 3 nests this year kicking out the next generation of bird table botherers.

All in we're very pleased with the breeding season so far with double the cetti's warblers, quadruple the terns, the first oystercatchers on SME for 3 years and the first ever lesser black backed gulls.  Likewise willow tit and marsh tit are undoubtedly breeding.  There's a few more in the pipeline and then we're onto wader passage.  At the moment its all about retained water levels to protect eggs and chicks; next month things will start getting interesting as we start working that new landscaping for waders...


Coming up on the 18th of June we will be holding a business familiarisation event at Tophill Low in Partnership with the Yorkshire Wildlife Trust's Nature Triangle team at 10:30am taking folk on a tour to look at some of the best of the above.  This is for the benefit of local tourism businesses to:
Meet the project team and discuss how we could help your business

Places are limited so reserve online by visiting the Yorkshire Nature Triangle website here.
Posted by Richard at 22:47 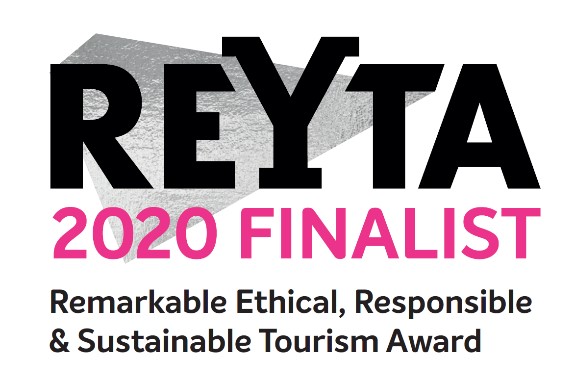