Just as soon as the menace of the lesser black backed gulls appeared to be materialising at the beginning of the month it no sooner subsided.  After reports of up to three chicks in the nest by the 10th all were gone for reasons unclear.  Lesser black backs can be prone to avian botulism or it may just have been a first attempt by inexperienced breeders - so alas no lesser black backed's this year which in some ways is unfortunate as they are an amber listed species - John Coish: 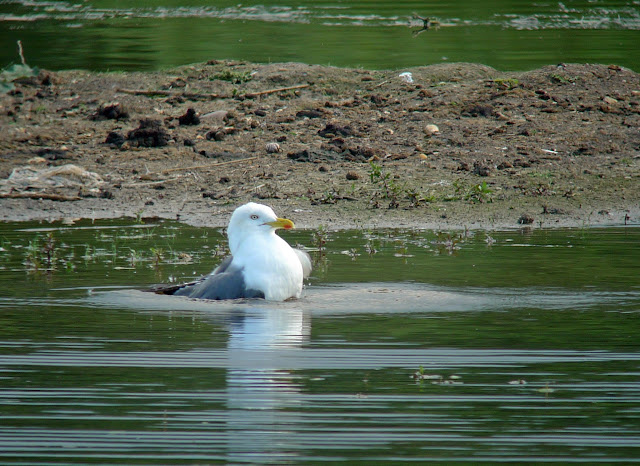 But every cloud; In this case for  all other residents of the marsh.   The little ringed plovers appear to be having great success - hatching all eggs and keeping all young to near fledging age - unfortunately losing one of the four on Wednesday to unknown - most likely sparrowhawk predation - John Coish:

But all in all one of the best years of recent times - a multi-legged LRP by John Coish: 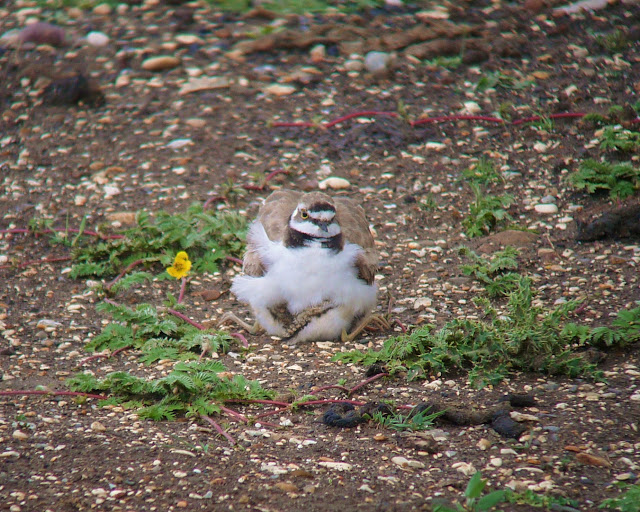 Common terns are hugely variable - attentive parents as ever their skills are never in question but we have a massive range of birds  Some that nested literally as we refilled the marsh in the first weekend of May hatched, grew and fledged and are now heading back to Africa.  Some - presumably attracted by the melee created by the new habitat improvements arrived from elsewhere mid season and are currently feeding young.  Some - like those who lost chicks the LBBG's have re-laid about 2 weeks ago and will likely be here til September - Maurice Dowson.

But regardless its certainly the best year on record - the best figure we can go on was that at their peak 14 pairs were nesting on the marsh.

Another interesting development this year have been garganey - with two pairs present at the beginning of the season and certainly one showing a serious interest in Hempholme Meadow.  They are notoriously secretive and we are yet to see any young but we feel there has certainly been an attempt this year.

Whilst these were widely broadcast elsewhere on social media at the beginning of the year we deliberately did not publicise them as they are very much threatened from egg collectors and the like.
And while on the subject it's also prudent to put the reminder out there that the reserve is covered by the same CCTV network as Yorkshre Water's treatment works which has just been upgraded with some very high end kit.  Coupled with our own network of around 15 cameras we're developing for monitoring habitats and individual species we hope this acts as a good deterrant to anyone up to no good.

But hidden away in the same meadow at Hempholme have been snipe which have probably bred, yellow wagtail and lapwing for which a chick appeared last week.  We will be hay cropping the meadow shortly as the middle of July marks the turn in the year: 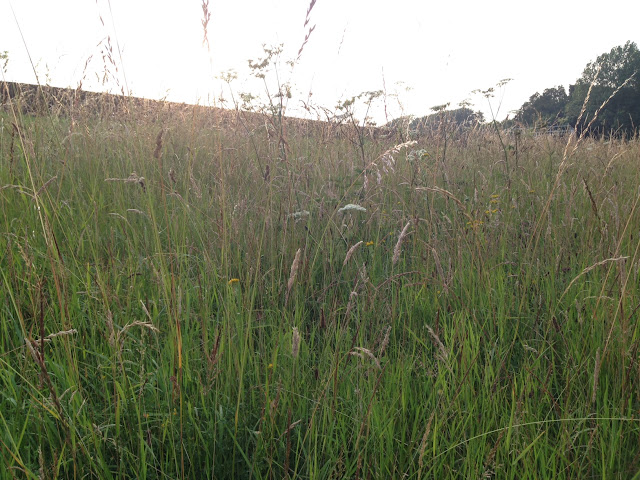 There'll still be plenty of time to see critters like these golden bloomed grey longhorn beetles however - John Coish:

A lot more diversity in dragonflies now - if not in volume.  Black tailed skimmer doing its best to dislodge a stick hogging broad bodied chaser by Pat Hogarth:

For a more in depth revue check out Martin's page as ever for more on the latest odonata and lepidoptera finds in recent days.  Some good sightings of grass snakes around - 7 reported north of O res in the week - Maurice Dowson: 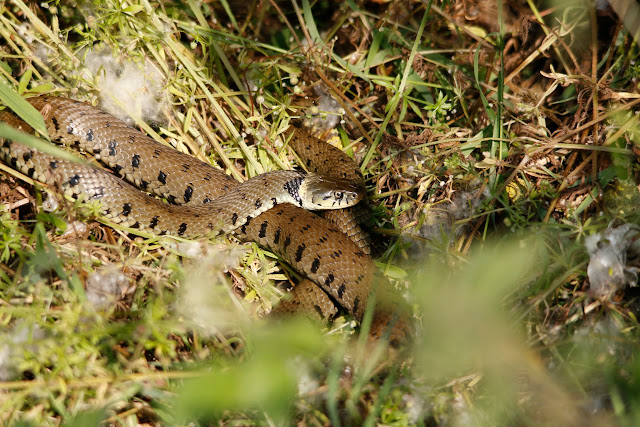 But most efforts now are on the marshes and lagoons.  For the first time in 10 years we can now drop the north lagoon thanks to the investments by Yorkshire Water over last winter.  Its a steady job made worse by copious amounts of hydroponically grown willow blocking the outlets but as the level is revealed little egrets have already started to exploit the food opportunities:

And a common sandpiper dropping in: 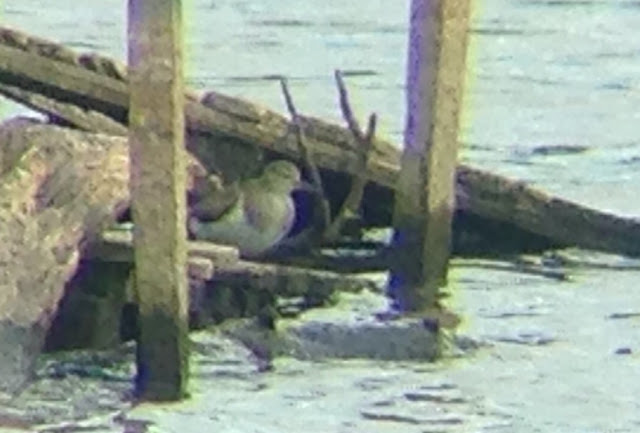 ﻿
On the other hand we can be more reactive with the South Marsh East.  In times gone by we used to have to eek out enough water to last us the summer and when it was gone it was gone.  Now we can raise and lower the level at will and worries over evaporation, transpiration and winter droughts are gone.  To this end we exposed a load of mud last week which has seen around 28 black tailed godwit moving through:

Along with dunlin, knot, ruff, curlew and some close in views of snipe: 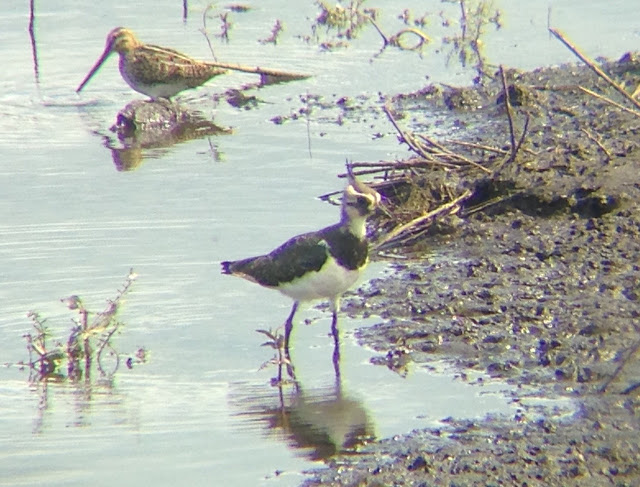 Also check out Erich Hediger's new blog 'birds and biking too for more updates - link here.  Now the wind has swung westerly and the potential for a good eastern wader has reduced we can top it back up again ready for the next good easterly.

Otherwise we're hearing some nasty whisperings of the mink hordes at the gates of the reserve; so it's back into action for the team here to try and halt them before they start on our resurgent water vole population.  The weapon up our sleeve this year however is again due to funding from Yorkhire Water.  We've bought in 40 mink rafts for distribution both here of which 8 are now in service and the remainder are to distribute in the wider catchment.  We've already linked up with Chris McGregor and his colleagues at Natural England to programme the installation of new traps on Leven Carrs and in some of the chalk stream stretches.  Also here is Mark Richardson from JSR Farms who has also taken a couple to install on the upper reaches: 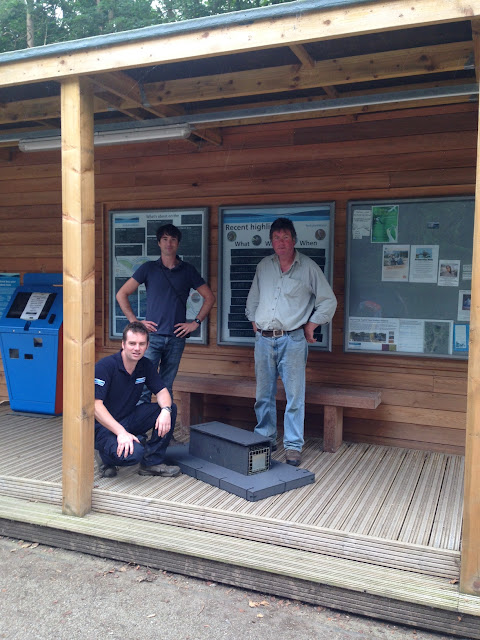 We're also sending some up to Jon at Skerne Wetlands too.  Put simply we can't continue on our own as we removed 12 last winter in a mammoth effort - but are essentially creating a vaccuum all the time that sucks more in.

If you have permissions and access to a section of the river Hull we'd be only be too pleased to hear from you if you can think you can help - as this is perhaps one of the most 'direct action' bits of conservation we can undertake for all wildlife.  As the river Hull is an isolated catchment this work can be a lot more effecive than the rest of mainland UK.

To hear about this and all the latest news don't forget that there is the reserve update meeting tomorrow at 2:30pm in the old wildlife centre (teas and coffees available from 2pm).  This includes the big announcement on Watton...
Posted by Richard at 21:35

The neighbours from hell

The marshes are alive with breeding birds in undoubtedly their busiest year ever.  A quick tot up last week revealed 99 pairs of black headed gulls, a continued record pounding 14 pairs of common terns, 1 pair of lesser black backed gulls and a pair of little ringed plover amongst the usual array of wildfowl.  There's a big variation in sizes of young with some tern chicks laid at the beginning of May being not far off flight now - whereas others were only laid last week and will hopefully fledge late August: 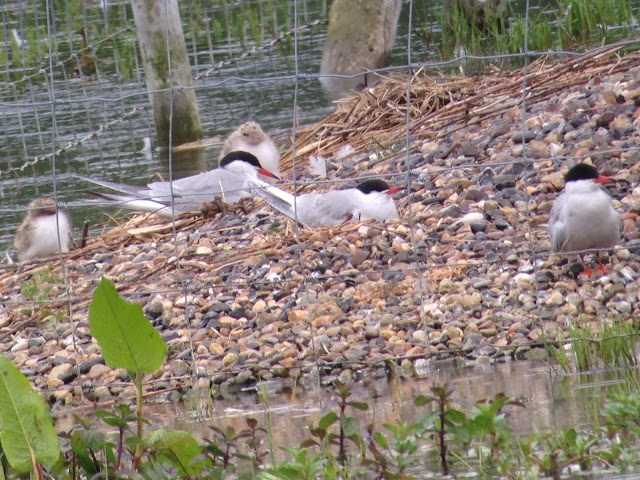 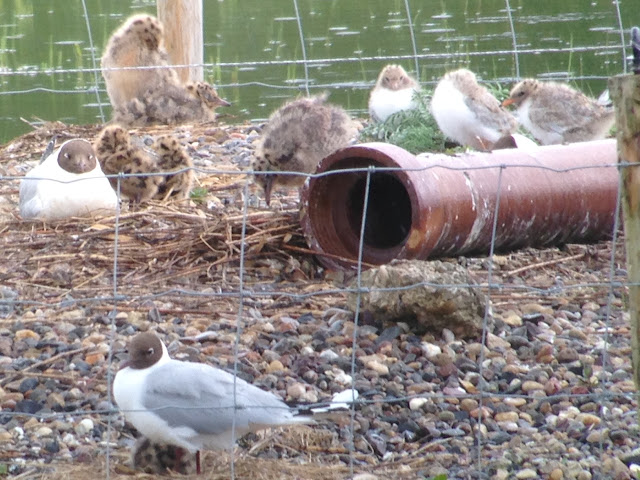 We say 'hope' as the harmony seems to have disappeared.  First casualty were the oystercatchers which failed after reaching nearly full term.  We presume squabbles with black headed gulls put paid to that attempt - although they have subsequently been seen mating so we hope there'll be another attempt - Andy Marshall:

The main perpetrators as predicted however are the lesser black backed gulls.  These menacing larger birds have already started on the neighbours - first to go was one of the tern nests that they had been sharing the island with.  The debate was always out there as to whether choosing to nest here was a wise move on the terns part - and it now seems proven not.  That said there have already been up to 11 tern chicks seen so hopefully a good proportion will escape. 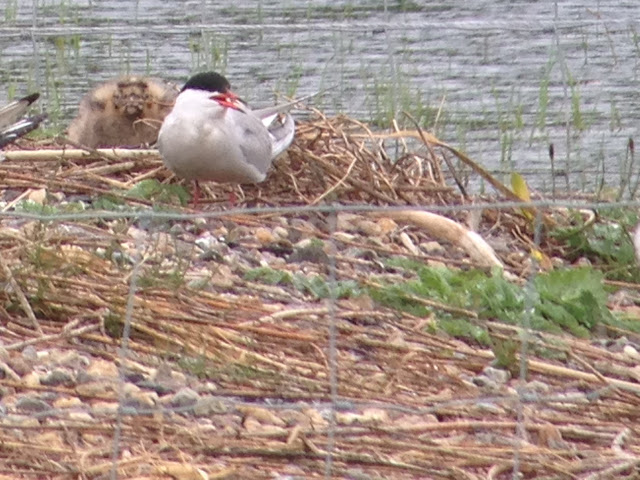 Faring better at present seem to be the little ringed plovers - they successfully hatched all their eggs and last night at least all four chicks were readily visible in front of the hide on South Marsh East:

Couple of shelduck chicks still seem to be doing well:

So a great breeding season it would seem; A couple of Mediterranean gulls popped in on Sunday - Lukas Rowe: 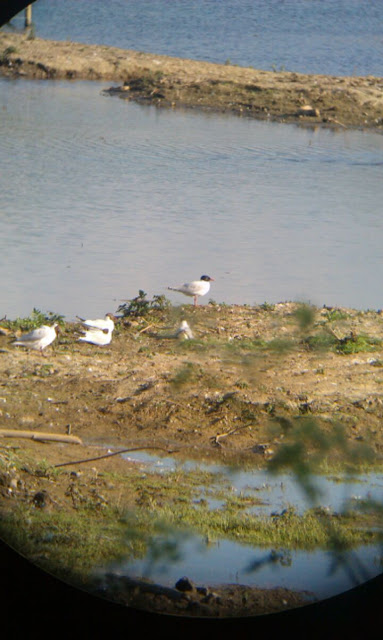 But the year turns on - and now we're well into autumn migration.  There's been a gradual ramp up in the numbers of waders visiting the southern marshes.  Dunlin, wood, common and green sandpipers as singles all bode well, with 6 adult LRP's, and up to 78 lapwing in the last week: 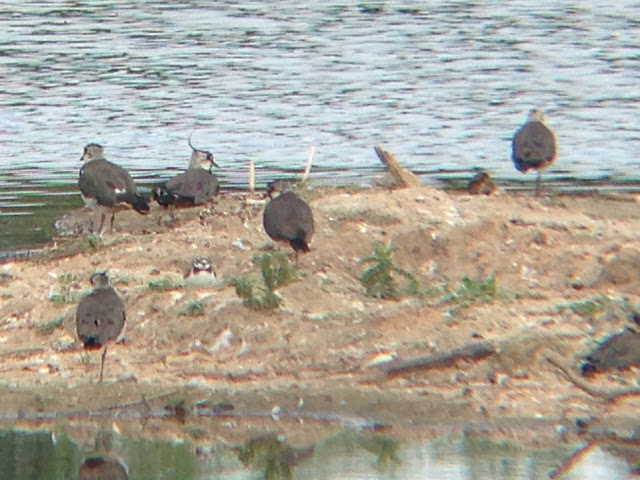 Tweaking of levels will continue in coming days and weeks with the north lagoon to be drawn down for the first time in a decade to see what waders can be brought in here.  Whilst prepping the dykes and ditches around site Roy Vincent uncovered this water shrew in the north lagoon outlet ditch and managed some rare pictures of this presumably common but elusive mammal: 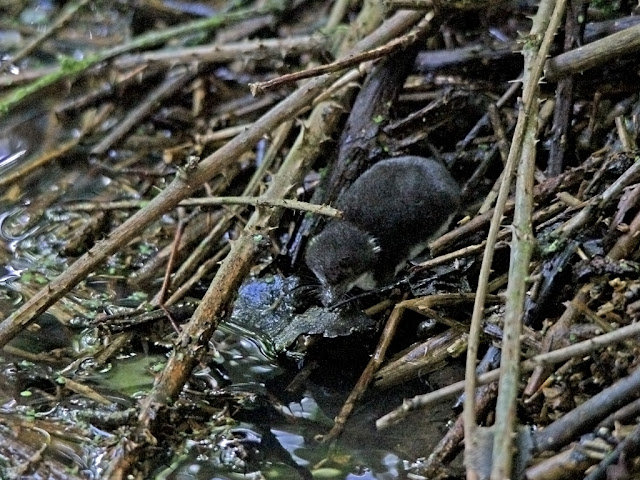 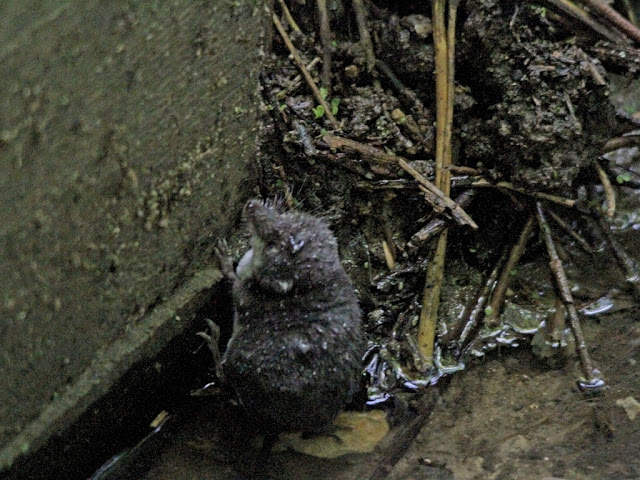 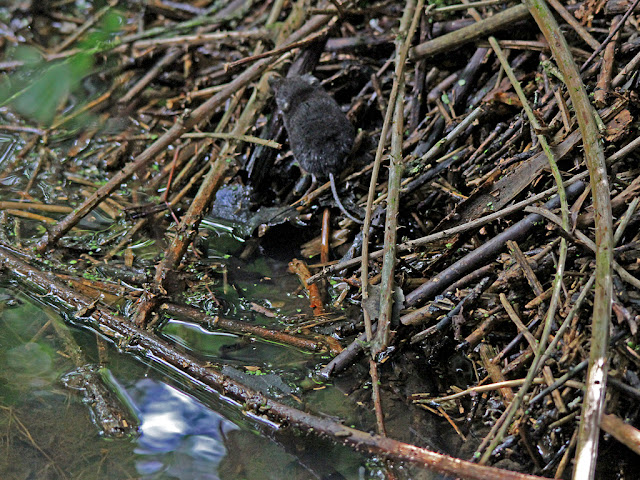 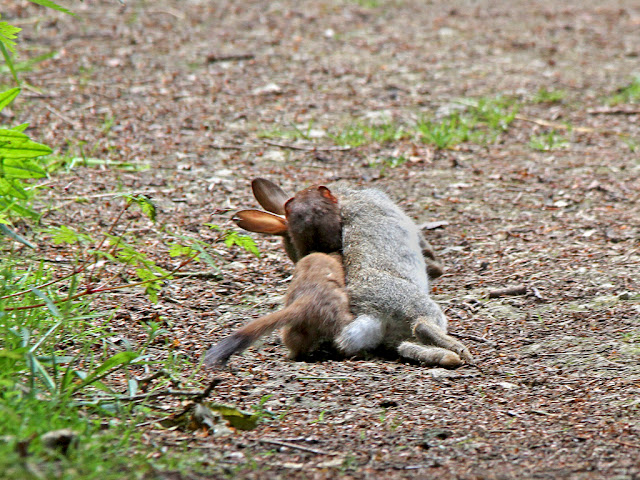 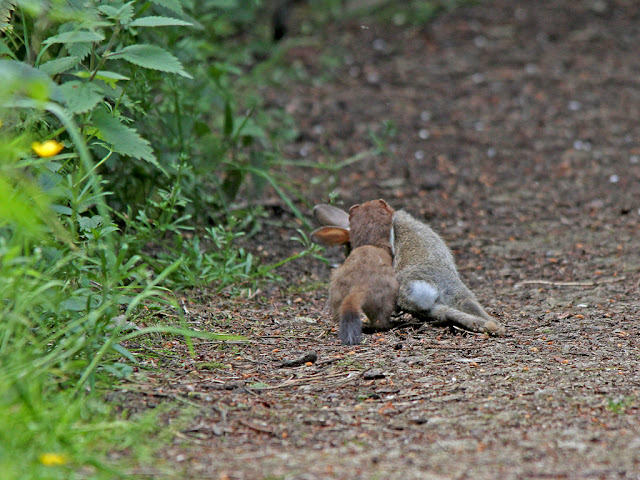 Less welcome were reports of a mink at Watton railway crossing showing they are still very much in the wings.  Otter has been seen repeatedly on North Marsh of late along with water voles.  Grass snakes have moved into the new wildlife explorers built heap near east pond and over 6 were seen at Hempholme Meadow last week.  That said hobby continues to eclipse all on north marsh - a cracking series of images from North Marsh by Roy Vincent: 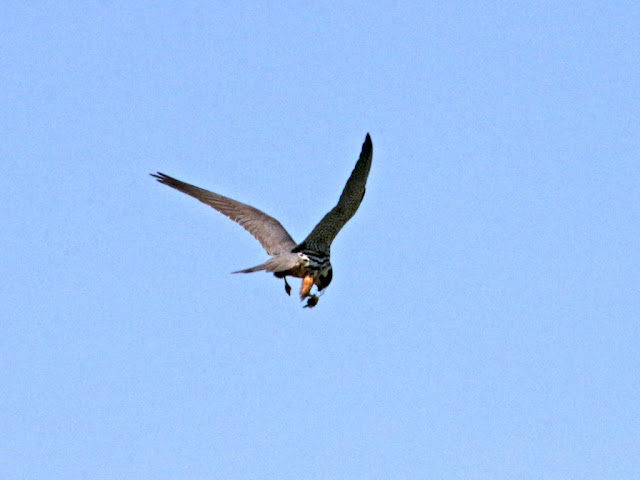 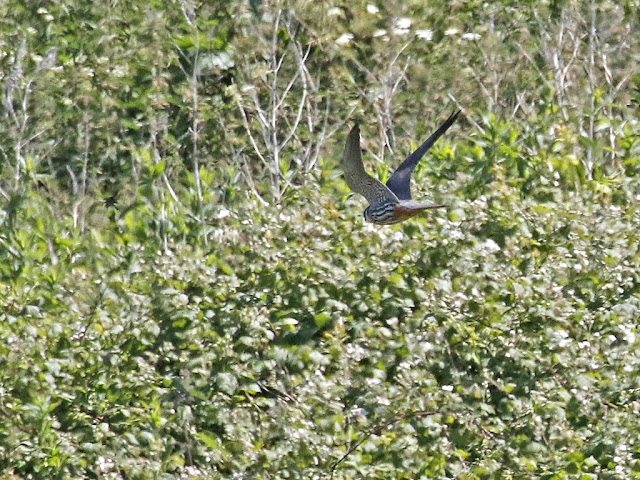 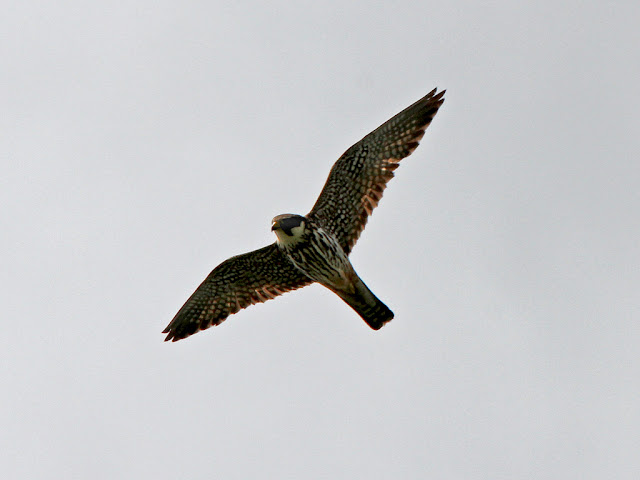 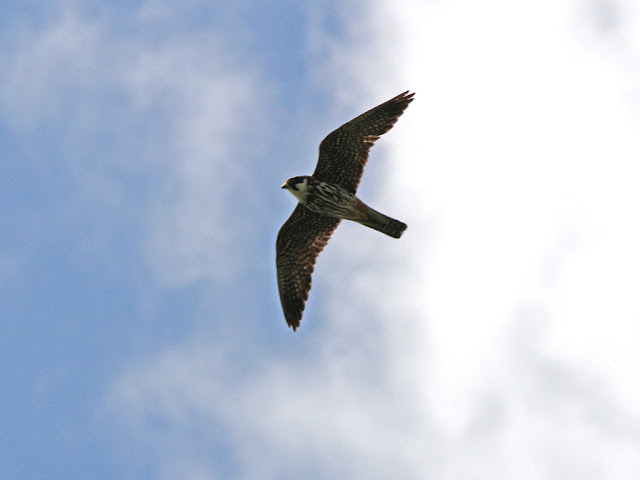 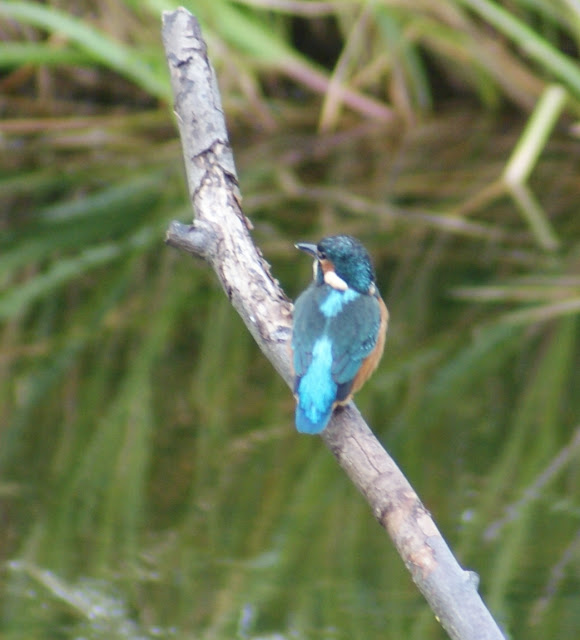 But before we embrace the autumn passage an interesting aside has been the delayed flowering of orchids this season.  Normally we say that the first week of June is the best for bee orchids but we seem a whole month late this year.  Not as impressive a year for bee's however with only 6 logged this year compared to 199 last year - but they are notoriously erratic in their flowering;

Very impressive however have been the common spotted and marsh orchids with a spectacular purple carpet in south scrub: 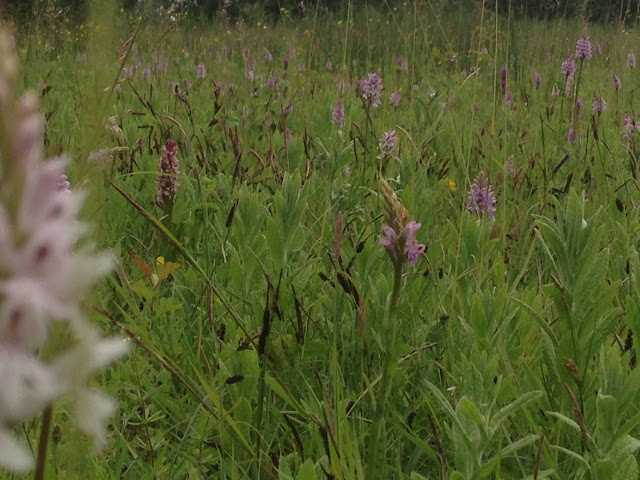 An excellent spectacle and well worth capturing from above - we undertook some filming work with the team from the Yorkshire Wildlife Trusts Nature Tourism Team and photographer George Stoyle using a drone to capture some excellent vistas for a upcoming promotional film for East Yorkshire Nature Reserves: 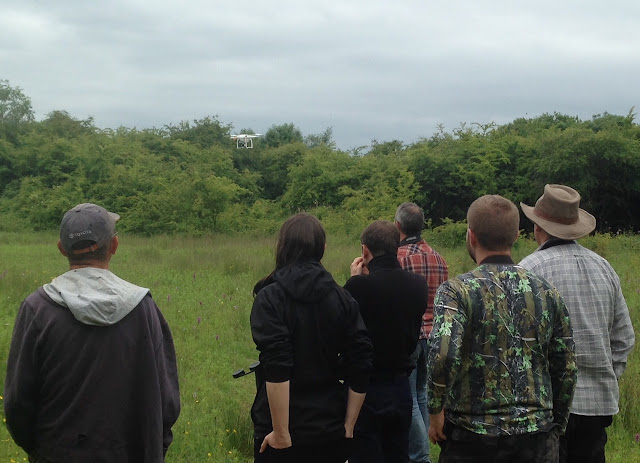 It's been a good year generally for orchids and meadows we established a few years back seem to have finally come good as creeping thistle has disappeared - old wildlife centre:

And orchids move in:

More recently we've been undertaking thinning around some of the oaks in the woodland.  This has given a bit of light to floor and produced a spectacular display: 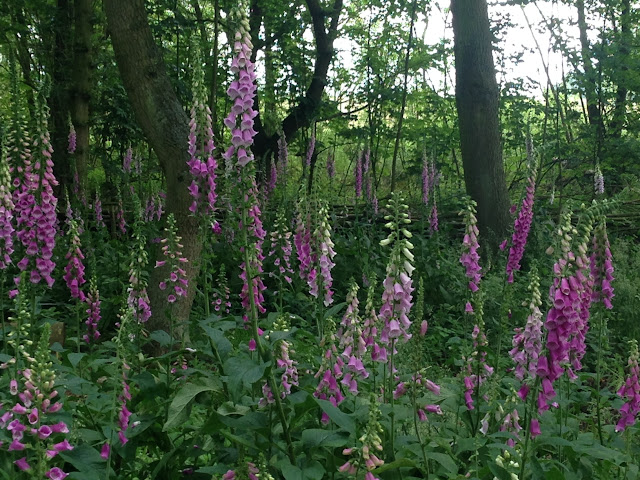 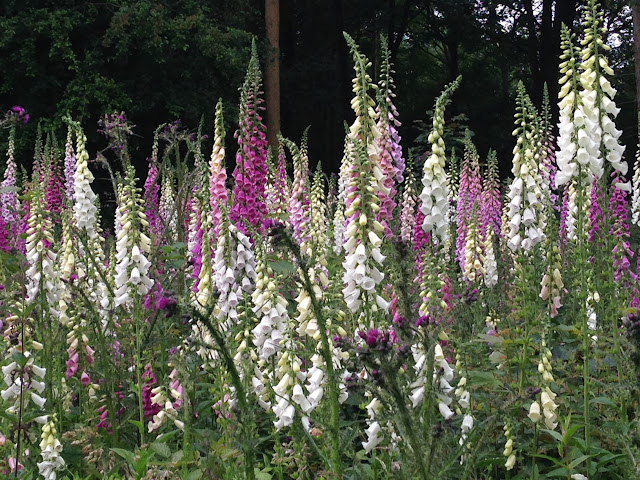 A few other specialties like wood wasp by Andy Marshall:

Reserve walk coming up Saturday the 4th at 10am to see a selection of the above.
Posted by Richard at 23:56 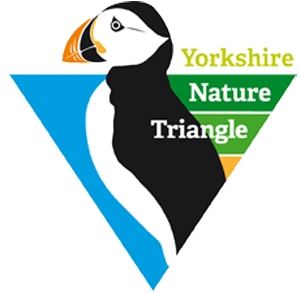